(continuing from Part 1 of 2)…….and so, if we were to perform Songs and Stories of the Great War (1914-1918) on Remembrance Sunday, 11 November, also the centenary of the 1918 Armistice, where in the North East of England should that be?  One has to start at the top with the area’s prime concert venue, Sage Gateshead – and knowing the place intimately, the Sage Two hall, with its ten sided auditorium and three levels of spectators, would be the perfect venue.

Grasping the nettle, enquiries were made, meetings set up, discussions took place, and their enthusiasm for the project was obvious.  They had heard about our March performance (!), and what I was proposing would fit perfectly with what the Sage had planned for November 11 – a street party on the concourse, a film performance in the evening in Sage One, with our show taking place in the late afternoon in Sage Two.

In comparison with the March show in Fenham, this would be a shorter, straight-through performance of about 80 minutes, but the broad principle of songs, poems and other readings would still pertain, BUT with one major difference.  We would thread these as part of a wider story about the WW1 journey of one Pvt. Fielding Pickard, service number MS/1081, of the Army Service Corps.  He was the great-uncle of my wife Sue, and we know about his journey because of the number of post-cards he collected whilst of his 4 year service duty between Rouen and Saint-Omer, and which were handed down to us through Sue’s family.

With the help of my 11 year old grand-daughter Bella acting as narrator with me, the script was written, and interleaved with:

What a memorable, memorable occasion in so many ways.

Firstly, everyone’s performances were excellent, with a special mention for the singers from Hotspur Primary School in Newcastle under their Head Teacher Miles Wallis-Clarke, singing Emily Barden’s Armistice Day song for children, Remember.  The verbal and written comments received afterwards were amazing – everyone seemed to love it.  We couldn’t have wished for anything more.

But of course, lots happened before ‘curtain up’ time…

I had never put on a show like this before, so was reliant upon the goodwill of my friends in Fenham Ensemble, and all others participating, not least the technical team at Sage Gateshead, whom I had never met until the day of the performance.  We did a full dress rehearsal at 2pm – without the children from Hotspur – which went generally OK, but knowing that there would be technical refinements to be made for the 5pm show, for which in excess of 200 tickets had been sold – nearly a full house.

It was especially tense for me, being well into the reserve tank of my comfort zone, and, as I’d taken it all on my shoulders, as producer, director, pot washer, the time between the dress rehearsal and the 5pm start time flew by, and all of a sudden it was time to get changed into my performance outfit.  Sharing my dressing room with one woman and two men (not sure how it ended up like this, but I was beyond worrying by this point), I quickly stripped off and donned my suit.  But could I get my shoes to fit?  No!!  Had my feet swollen? – panic set in.  And as I threw clothes into my bag, my hands alighted upon an indeterminate shape – my shoes!  Hang on….oh bloody hell, I was wearing Philip’s shoes, which were lying on the floor next to my bag.  Cue laughter all round, and an easing of tension.  It was all downhill from there.

And as a final laugh out loud memory of this concert, I come to Ruth Carlisle, a member of Fenham Ensemble and a gifted piano teacher and player.  Ruth had the undoubted pleasure of accompanying me on piano, whilst I sung Cicely Fox Smith’s poem, The Mouth Organ.  The last verse took on a pace all of its own, much slower than the previous four verses, which I thought, whilst singing it, to be really effective, and told myself at the time, to thank Ruth afterwards for this slice of inspiration of slowing the tempo.

How lovely to be able to play this all out on one of the most auspicious days in our recent history.  The other plans that the venue had for a street-party and a film showing never materialised, so we were the only performers at Sage Gateshead on that memorable Sunday 11 November 2018, Remembrance Sunday, ArmisticeDay100, in Sage Two, bathed in a poppy red hue for the occasion.

As I said before, memorable, so memorable – everyone played their part magnificently.

I have a full recording of this performance but have not found the need to go back and listen to it, as the memory I have is so strong and positive, that I have no need to revisit it. 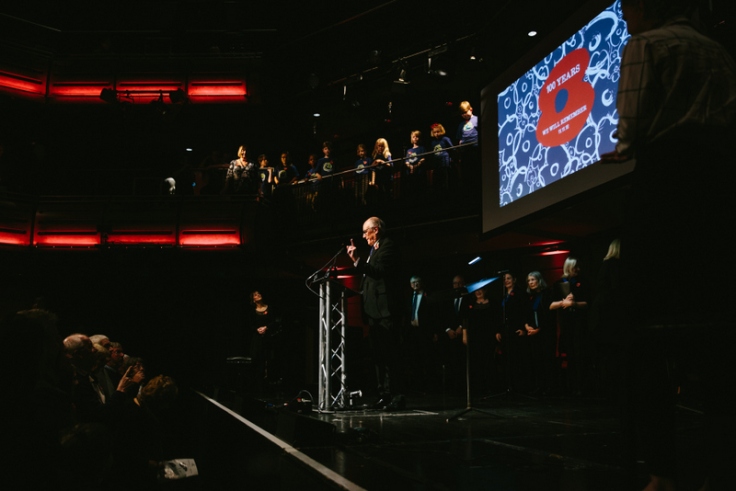 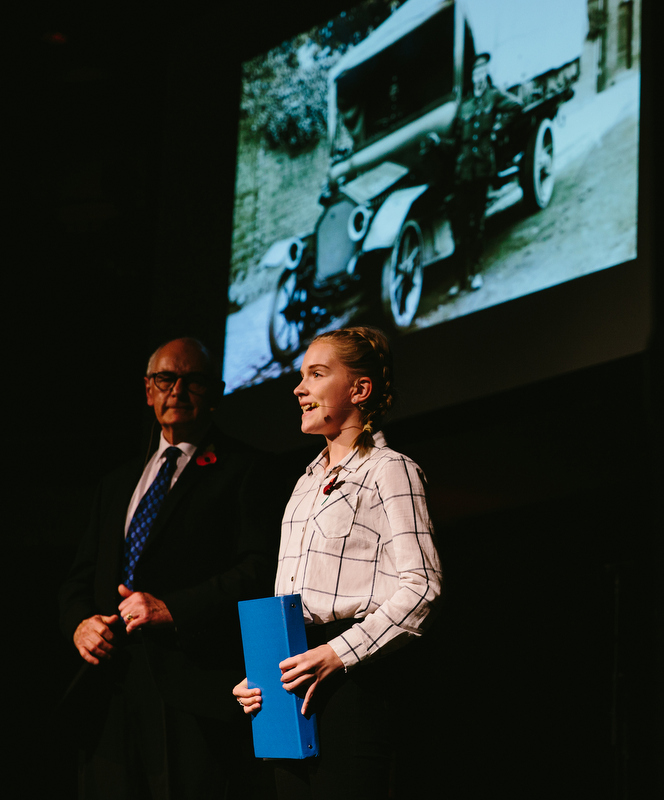 But I’m underplaying both the significance and the sheer pleasure in being able to both curate and to perform in such a tribute to all those involved in the Great War – at the Front or behind the lines, in whichever theatre of war.

It was one of those rare occasions where I had the distinct feeling we were waving goodbye to that part of the lives of many of us, which can relate to the grainy photo of a person in the frame on the shelf.  Yes, we do have to move forwards, but it should never be at the expense of losing sight of our roots, and the people and actions of those who went before to help create the world in which we now live.

“When you go Home, tell them of us and say,
For your Tomorrow, we gave our Today”

Now in a state of retirement from normal economic activity, the winds are blowing again...